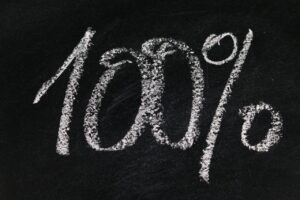 For Startups, this page will soon showcase advice on enhancing digital presence and managing HR.

Drake, a wise philosopher, said: “Start from the bottom up” and as we know most people list their interests on the last line of their resume. Consider instead writing something quirky and highly specific that might strike an emotional chord or spark a memorable conversation rather than bland interests.

➡️WHY: According to Adam Grant, an award-winning researcher, similarities matter most when they are rare. We bond when we share uncommon commonalities, which allow us to feel that we fit in and stand out at the same time. Your interests are a huge bonding opportunity with your resume reader. Don’t waste it.

🎯SHOW THE COMPETITION FOR AWARDS

This is one of the most common mistakes. So many people win awards, get into selective programs, and do other impressive things but don’t convey the full amazingness of those accomplishments. It’s because they don’t show the competition; they don’t reveal how many other people were gunning for that very same spot.

❎ Accepted into the ABC Management Program

➡️WHY: According to psychologist Robert Cialdini, social proof is one of the most powerful principles of influence. You emphasize the value of your accomplishments by showing your competition. There were many people who tried, but only you succeeded. In this way, you ensure that the recruiter is not unaware of your program, award, or honor which they are most likely not to know about.

✍️ Connect with me to get a professionally built Resume, Cover Letter & LinkedIn Profile Optimised.

1 thought on “HOW TO WRITE INTERESTS & AWARDS ON YOUR RESUME”

Open chat
1
Powered by
Hi, How Can I help you?